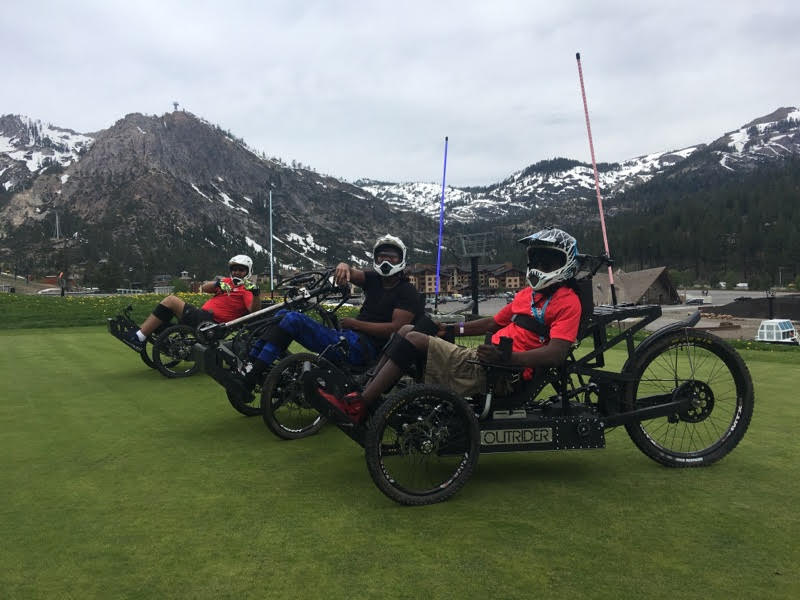 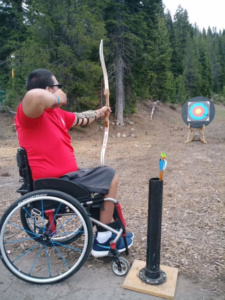 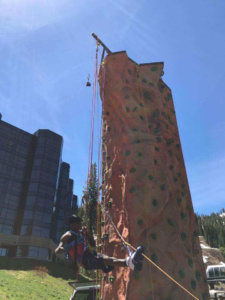 Blake and Angel spent four days in beautiful Lake Tahoe, California breaking barriers with fellow individuals with various different disabilities from all over the country at No Barries Summit! Both Blake and Angel are not frequent flyers, in fact, this was Angel’s first time flying on a plane and they both had a great experience. Angel said “I was nervous for a little while until I got to the airport, but hanging out with Blake distracted me. We had a connecting flight in Denver, and because of the altitude and mountains we had turbulence and then I was like ‘it’s okay Angel, you got this’.” Our two members stayed in a gorgeous hotel with the most incredible view, “I wish I was able to move into live there forever”, stated Angel. Immediately arriving a No Barriers Summit, Blake and Angel were greeted by so many kind people who acquired many different disabilities ranging anywhere from physical impairments, visual impairments, auditory impairments to even cognitive impairments. One of his favorite parts of the whole trip was not only the adapted activities but watching all the different people with varying abilities maintain such a positive outlook on life, “I’ve never been somewhere besides the Axis project where everyone has a smile on their face all the time, it was amazing”, said Blake.

On their first day, Blake rode a 7-mile bike path, and Angel participated in adaptive archery. At No Barrier Summit there was no such thing as a limitation for your ability level; there were staff and mentors that helped troubleshoot whatever wasn’t working right. Angel began archery at 11am, and although he felt he was doing okay once he received some pointers he mastered the art of archery, “I was hitting balloons left and right, I ended up being one of the best ones out there”, said Angel. Blake thoroughly enjoyed rock climbing. Despite being a C5 quadriplegic, the assistive setup they had enabled Blake to pull his way up a rock wall with his biceps. Blake said, “the air is different over there, it was so hard to breath at time but I had so many people who were impressed how far I was able to go, it was encouraging me to go farther than I thought I could.” Blake also paddled on the lake and rode electric ATVS, “it was wild, nothing I ever imagined before”. Angel was invited to try out wheelchair rugby even though he’s a T-12 paraplegic – “they told us to take it easy and not too crazy because of all the beginners, but I met this 59-year-old woman who hit into me sO hard I almost flipped out of my chair, and that’s when everyone started getting more aggressive. It was so cool”

Being that Blake and Angel have only really now the stories of our beloved Axis members, they both feel like their lives have changed so much by learning about so many different types of stories that happen all around the world. Angel stated, “ I learned a lot. I’ve only ever known my story and the guys at Axis, but when I heard everyone else’s stories there at the Summit, it was like mine couldn’t even compare or touch the stories of the people that I had the honor of meeting”. As I interviewed both members separately, Angel and Blake were gravely impacted by one specific individual, Mandy Harvey. Mandy Harvey is an amazing singer who just made it on America’s Got Talent, who happens to be completely deaf. Angel said, “I know I’m paralyzed from he waist down, and I face struggles every day, but Mandy lost her hearing completely at age of 18 and the spent 8-10 years practicing how to talk without hearing. Paraplegics can bounce back in a year or 2, but she worked her butt off for 8-10 years to speak a single word and now she is able to have full on conversations with people without hearing them. I will never forget her, she is totally badass. She was even teaching me how to do sign language, we got really close. ” Blake said “I know my struggle because I live it every day, but when you see everything people do with their own personal disabilities regardless, if they were deaf blind or indifferent, it really blows you away”.

Both Blake and Angel were so touched that people wanted to know their stories. They both expressed how inspiring it was to be around so many people who were emulating such powerful and positive vibes. Angel quoted, “No Barriers Summit really showed me how important it is to move on in life. Just to keep going because there will always be barriers that we as people with disabilities will face.” Angel was particularly touch because he was sponsored by someone who didn’t know anything about him except his name, “Only I knew my past and I have to live with the choices I made, but people who didn’t know my story wanted to and they found me inspiring–I’ve never had that before, and I loved the way it made me feel. No barriers Summit made me come back to New York with the mindset to never stop being a good person, because there are so many good people out there. I didn’t get to meet the person who sponsored me [Indira], and I hope one day I can because she really changed my life”. Blake said that he was so happy that Wheeling forward picked him, and that everyone with a disability should experience No Barriers Summit at least once in their life. At the closing ceremony, No Barriers Summit announced that they will be coming to New York 2018, Blake said “I’m really trying to find a way to speed up the next year, so if you find a way let me know”.

We are so happy that Blake and Angel had a life changing experience. That is all that we want to do here at Wheeling Forward! 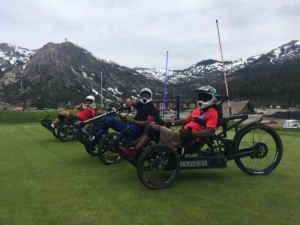